A Brief History of Towing and Tow Trucks

What do you do if your Car is Towed in Louisiana?

A Brief History of Towing and Tow Trucks 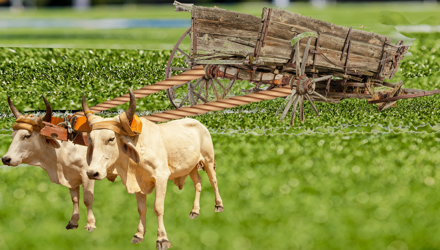 When did tow trucks first appear?

Towing has been a thing in one way or another for as long as there have been vehicles that could break down. Before the days of cars, large animals would get hooked up to broken down vehicles, pulling them out of mud, snow, or anywhere else. They would even sometimes help get broken vehicles back home. Of course, there wasn’t any kind of towing service back in those days, and most of the time, the people that would help were simply those with the means and ability to do so who happened to stop by.  Often, many of those poor vehicles were abandoned as there were no tools or people with the expertise around to help. Nowadays, tow truck companies are booming, with even small cities having some around. But when did tow trucks as we know it start to appear?

What happened to broken cars before tow trucks?

When Ernest Holmes Sr. was called to help pull his friend’s car from a river, it was a real challenge. As there hadn’t been any towing equipment, where could he even start? Two people couldn’t do it alone. Thankfully, Holmes knew the owner of a nearby service station, a man who sent a crew out to the scene, so a total of eight men worked together on the recovery. Using only, wood, bricks, rope, and a whole lot of manpower, this group of men spent hours out by the water pulling the vehicle out one inch at a time. After the grueling process was done, Holmes was exhausted. He knew there had to be a better way.

After the exasperating process of early roadside recovery, Holmes went to work on finding a way to automate what it took eight men hours to accomplish. The first prototype was a failure, as a basic car simply wasn’t stable enough to recover another vehicle. Undeterred, Holmes spend an extensive amount of time and money, eventually building a viable machine. This first tow truck, the Holmes 485, was completed in 1919 and would have cost approximately a quarter of a million dollars in modern figures. But considering all of the time and effort it saved, it quickly paid for itself!

What kind of equipment did early tow trucks have?

Early tow trucks used a combination of hooks and pulleys set up in such a way to reduce the amount of work required to move a vehicle. Combined with a proprietary operating system, a single person could do the work of what used to take half a dozen people or more in significantly less time! (See all the parts in an early diagram here) Every few years, a new model would come out with new equipment, such as the “V” Towing Coupler that allowed a tow truck driver to go up to 30 MPH with a hooked-up car without damaging it.

How does new towing equipment compare?

Back when tow trucks were still new, most designs played off of what Holmes initially came up with. And of course he didn’t stop at just making the one truck; the Holmes W70 is still the largest wrecker in the world, and could lift up to 70 tons. Many of the essential components, such as cranes, are still used. However, improvements in these essential components also help the tow trucks themselves to run more effectively, and while semi-trucks weren’t a thing back when the first tow trucks were used, a modern heavy-duty tow truck can even lift an overturned semi with a full cargo load. 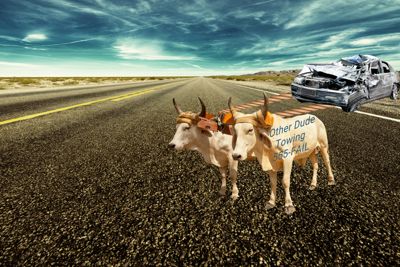 Some towing companies still use obsolete equipment regardless of innovations

While many of the early towing innovations are still solid, it’s important that tow truck operators move on with the times as well. And while the original Holmes 485 was an impressive machine for its time, its steam-powered engine wouldn’t stand a chance on towing something as large and heavy as a motorhome. Of course, there aren’t any of these original tow trucks still on the road, but some towing companies don’t use equipment that has updated with the times, preferring to stick with the exact same tow truck they’ve used for decades! And while equipment like a hook and chain is still viable in certain situations, limiting to that technology also limits the type of job the truck can handle.

Modern towing fits heavy-duty power in a much smaller package

Much like computers, modern tow trucks can fit a lot more power into a smaller space than the tow trucks decades earlier. But power isn’t everything; equipment and technique are just as if not more important to making sure the job gets done right. Some of these more modern innovations include:

Research your tow truck company if you have the chance

Sometimes it might seem like choosing whoever is closest is your only option, especially if you’re in a hurry. And while a towing company around the corner can likely get to you faster, having an inexperienced tow truck operator with obsolete equipment might actually mean you spend more time than going with an experienced, respected, and highly-rated towing company. Spending more time to find out who’s best can save you time, money, and make your experience as pleasant it can be, given the circumstances. 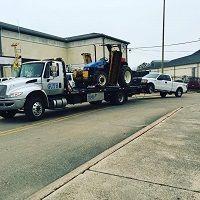 For immediate response, please do not use the form, call our dispatch center now! 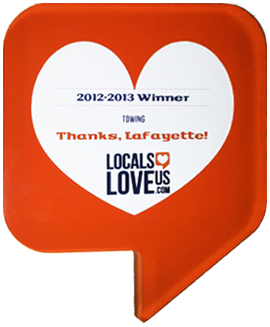